Tracy Morgan makes a comeback as he joked about his medical struggles. 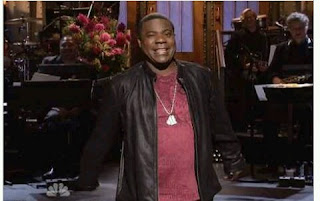 Morgan made an emotional return to Saturday Night Live after a horror car crash. He appeared to be back to his old self as he cracked jokes about his medical struggles. 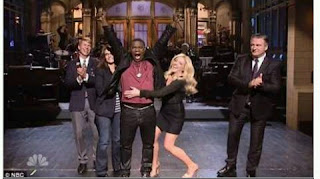 As he made his first appearance on the show since the smash that put him into a coma and killed one of his friends, Morgan thanked his 'comedy family' for supporting him during his recovery. He revealed he had vowed he would return to SNL - and could not help but beam with joy as he introduced tonight's show.

Morgan spent two weeks in a coma after the crash, he joked about his medical condition, repeating the phrase 'thank you so much' to appear as if he was stumbling over his words.'No, I'm just playing,' he said, adding: 'I'm back! It's so good to be back.'

Speaking of his recovery, Morgan said: 'It was awful but also showed me how much support I had in the world.'
at October 18, 2015