A doctor who agreed to abort a baby because she was a girl gets suspended. 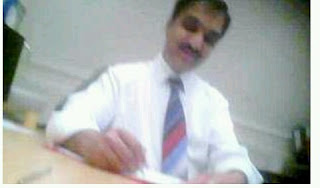 A doctor who worked in Birmingham agreed to abort a baby because she was a girl.
'It was based on the gender of the foetus' by the Medical Practitioners Tribunal Service. Dr Palaniappan Rajmohan 'immediately volunteered' to list the reason for the abortion as 'too young for pregnancy' on the woman's medical records - and sought her 'agreement' for this, the panel said in a hearing.

Despite what he did, his actions, he has had his registration suspended for only three months. According to the panel, the decision was made based on his dishonesty.
at November 04, 2015