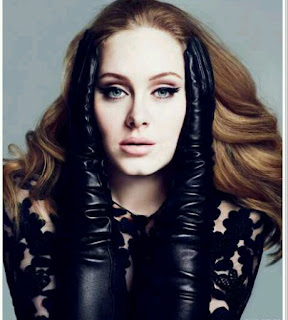 
Her own song did 'break the internet' and she joked that she 'did a Kim' when the video debuted online earlier this month. 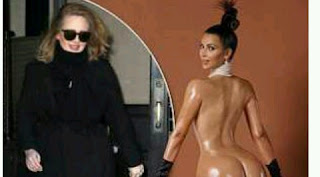 The 27-year-old sensational singer said that if she'd replicated Kim's shoot then own derriere 'would've actually broke the internet'.

In an interview with etalk.ca, Adele said, 'I did a Kim Kardashian. Thank God it wasn't with my ass. It would've actually broke the internet if it was my bum!'