Chelsea first-team player would 'rather lose than win for Jose Mourinho' Who do you think said it? 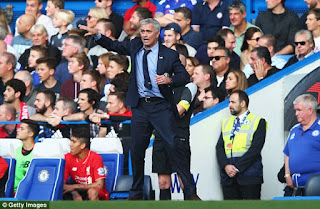 After Chelsea Fc 3-1 loss to Liverpool, according to BBC Radio 5 Live Presenter Garry Richardson, a first team player said he would rather lose than win for his coach Jose Mourinho.

The self absorbed Blues boss was given public backing by owner Roman Abramovich last month, but since then the team's form has not improved while a number of players continue to struggle for form. Who do you think said he will rather lose than win for his manager. I am suspecting Hazard.
at November 02, 2015