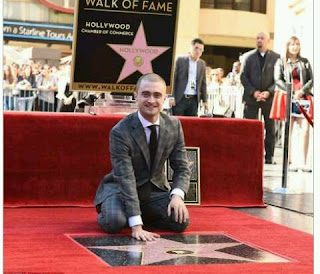 The British actor Daniel Radcliffe popularly known as Harry Potter was awarded a star on the iconic Hollywood Walk Of Fame yesterday in Los Angeles. 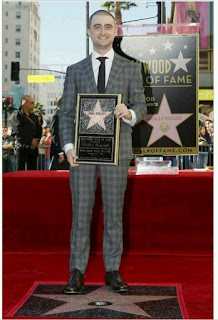 He called it 'an incredible honor' on Thursday. The actor was thrilled as he was unveiled in Los Angeles. 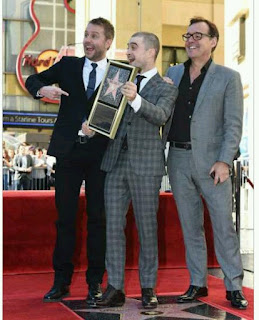 The 26-year-old actor wore a smart grey checked suit and dark tie to grace the occasion. Harry Potter director Christopher Columbus and @midnight host Chris Hardwick were there to celebrate with him.
at November 13, 2015