Jennifer Lopez is insanely pretty on the cover of Marie Claire 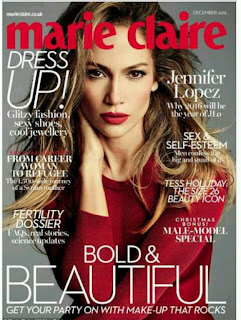 Jennifer Lopez is lady in red in a new photoshoot, which accompanies an interview. She covers the December issue of Marie Claire.The youthful 46-year-old star revealed some truth about herself. 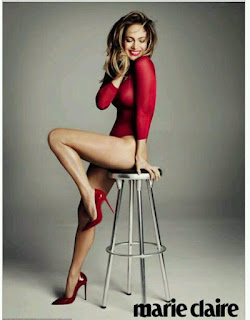 Speaking about her video Booty, in which she appeared with collaborator Iggy Azalea,  she said,

'I wanted it to be beautiful and sexy, not sexy and raunchy,' she said of the music video, which was released in September last year, raising many eyebrows along theway.'Sometimes when you're younger, you go for raunch, or shock value, but I don't need to do that,'

Jenny from the block added: 'I did sexy things but I was always more the good girl who was falling in love as opposed to the naughty girl who was running around.'

Jennifer also opened up about her divorce from ex-husband Marc Anthony, the father of her two children, twins Max and Emme.

'I think I realised they were as important – if not more important – when I divorced Marc.'I just realised that I had been through that a couple of times and there they still were. Like they say, men come and go, but my girlfriends are always there for me.'
at November 05, 2015