Will Messi leave Barcelona? Can he succeed in the English Premier League? Reports says Manchester City want Lionel Messi and are reportedly willing to pay him a whopping £800,000-a-week to take him to the Etihad. 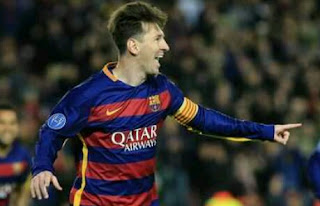 According to the Sun, Messi's representatives have already held initial discussions about moving to the Premier League, in a deal which could land the Argentine ace an amazing £40million annual salary.

Manchester City are said to have been encouraged that Messi, 28, is willing to leave Barcelona next summer.