Radamel Falcao out for two weeks with a muscular injury 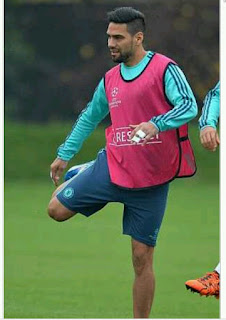 Injury or not I don't think he's useful to his club. He was a better player in Monaco. Chelsea player Radamel Falcao will be out for at least two weeks.
He picked up a 'muscular injury' during training on Tuesday.

His coach Mourinho, who is fighting hard to save his job after a disastrous start to the season, told a packed press conference that Falcao suffered an 'important injury'.
at November 04, 2015