Very sad! Mother and her three children found dead after fire at her father-in-law' house. 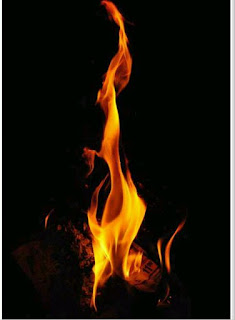 In India, a Congress lawmaker Sircilla Rajaiah's lost his daughter-in-law and her three children in a fire.


The woman and her children were found after a fire at Lawmaker's house in Warangal, Telangana. Rajaiah is a Congress candidate.

Rajaih's daughter-in-law Sarika and her children are believed to have died after gas leak from the LPG cylinder which led to a blaze in the house.  located at Revenue Colony in Hanamkonda. The police and fire services rushed to the scene after receiving information about the fire but the four had already been roasted to death.

Some residents in the area suspect that Sarika committed suicide along with her three children. Some of her neighbours also said that Sarika was not being allowed to leave the house for the past few days by Rajaiah's men.

The relationship between Sarika and Rajaiah are believed to have never been easy following her marriage with his son Anil in 2006.

Some residents in the area suspect that Sarika committed suicide along with her three children.