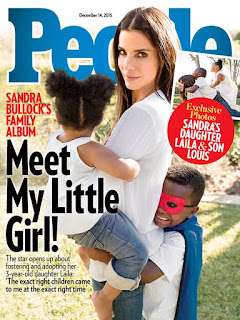 Sandra Bullock has a good heart! The amazing actress, Sandra, 51, adopted a three and a half year old daughter named Laila.
In an interview with People magazine, she revealed her five-year-old son Louis was behind her decision to expand her family.

Sandra said. 'Louis spearheaded this whole journey,' she said. 'I did remind him that it could be either a brother or a sister and that we would be so lucky to have either one. He did specify that he wanted a sibling who has some brown skin.'