Madonna forces her son to spend Christmas with her.

Madonna went to court to force her 15-year-old son Rocco to return to New York, after his father Guy Ritchie insisted that he wanted to stay in the UK for Christmas. 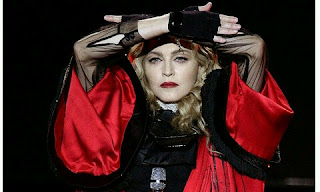 The singer appeared before a judge in Manhattan on Wednesday morning, where she won her bid to have her son forced to board a plane from London.

Mr Ritchie, a film director who has two children with Madonna, argued through his lawyer that Rocco preferred to spend Christmas with his father, the New York Post reported.

“He has expressed very clearly that he does not want to return to New York,” said Eric Buckley, Mr Ritchie’s lawyer, regarding their son.