The coache of Bayern Munich Pep Guardiola is likely to snub reported interest from Manchester United and Manchester City to become the next Arsenal manager. 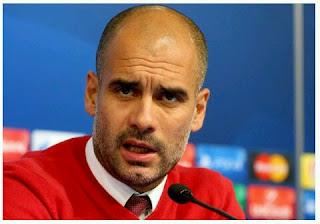 According to Dailymail Mail, Guardiola's contract at Bayern expires at the end of the season, with many people expecting him to head to the Premier League next summer.

The former Barcelona boss - who has won five league titles in six full seasons as a manager - is said to be a fan of Wenger and an admirer of Arsenal's philosophy, and could therefore delay his next move until 2017 and replace the Frenchman at the Emirates Stadium. Arsene Wenger's own deal comes to an end that year, meaning Guardiola may opt to remainat Bayern for another season or take another 12-month sabbatical.