What is our Purpose? 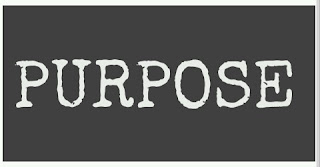 This is written by Kelvin Ohiri.
*******
This question has been pondered upon for donkey years by scientists, philosophers and theologians. Obviously no one seems to have a conclusive answer with complete proof. I shall answer this question today. Let’s think about it properly.

If you say we, humans have a purpose just like every object has one, say a telephone for communication, a pen to write and the like, then we imply we were created by someone or something for a reason. Just like how we created these objects to serve certain purposes. It still draws from the premise that we were designed by an intelligence which some people call God, others call it Nature. I have earlier dismissed that

premise in an earlier article when I showed that we need not to be created to exist (here). We evolved through time from much simpler substances.

Let’s agree for a moment that there’s a purpose. And that we evolved for a reason. What would that reason be? When you look at goats or dogs, you are tempted to think they are not conscious or don’t have a purpose. That probably their purpose is to serve as food for predators in the food chain. That may not be true. Experiments have been performed where for instance a monkey is placed in front of a mirror and its behavior is observed. At first i thinks theirs another monkey inside the mirror, but after a while when he
touches his face and the image does the same he starts laughing and making funny sounds, like its trying to say ‘oh its me, its me’ lol.
It’s important to remember that these animals are conscious, they have feelings, memory, and they take care of their kids like we do. The only problem is what I call ‘interspecies communication’. For now, it is not really possible to talk to a goat or hen or even a dog directly and it completely understands you, not that it doesn’t hear you. Or you understand it; however you can know and understand its behaviour. For instance, horses laugh a jokes, dogs cry when you leave them, cows lie down when its about to rain and the like. They also should have purposes like us. We can even say they also have ‘souls’. The idea of animals not having souls stems from the anthropocentric nature of early theologians.. The early intelligential were so anthropocentric they even accept referring to animals as ‘it’ and not ‘him or her’. Some even refer to babies as ‘it’. The concept of a soul is very interesting and amusing to me, I intend to talk about that later.
To the point, let’s take a look at ants. They are known to protect their queen. Only a single queen that can exist at a time and only her can reproduce. When their kingdom is under attack they fight to the death. Most of them give up their lives just to protect the queen. Let’s look at bees, under attack also they product venoms to sting the enemy. You may want to know that a bee dies a few hours after it stings. So its sting is
a kamikaze action. All to protect its territory and species. Like hens, even humans especially mothers show a selfless need to care of her kids. She in most cases would die for them.

Now this protective behaviour even to death to protect one’s species is no coincidence. This love if I may call it that, is not just something you do, it’s rather innate. It’s controlled by your genes. Please pay attention to what I’m about to say. I’m saying there’s something in you called genes that don’t want to die. It wants to be immortal. So it would drive you to fight and even to die to preserve others in your species that can reproduce and bring about more genes. It’s not under your control. Genes just want to remain alive and as such use as tools of its sustenance. It’s exactly why there are more females in any population. Because they are reproductives and they need to survive for the continuity of that species. This phenomenon was first noticed by Richard Dawkins. The explained it in his book called ‘the selfish gene’.

These genes which bring about us are selfish and want to remain immortal. So they are passed on in the sperm and egg from generation to generation. That brings us to our ultimate latent purpose. Our purpose is ‘to preserve and transfer genes’. Its noteworthy here to say that a truth must not sound good or be nice but it doesn’t change what it is. The understanding of this explains why every male species would always want to have sexual intercourse with virtually every female he sees. Even in humans, the attraction and sexual urge
draws from your purpose, your need to transfer your genes.
at December 19, 2015