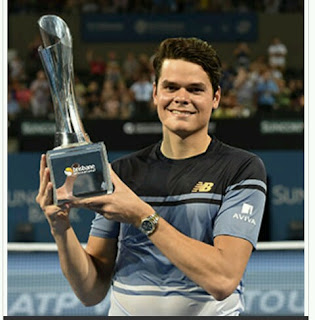 Raonic attacked Federer with his booming serve and forehand, as expected, but also went to the net 13 times in the first set and won 10 of those points to set him on course for only his second win in 11 matches against the 17-time major winner. 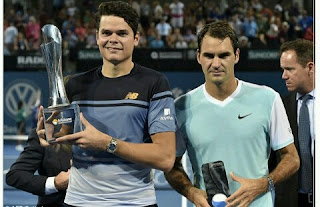 It was an eighth career title for Raonic, who missed the last three weeks of last season with a back injury, finished outsidethe top 10 and who lost his coach Ivan Ljubicic - to Federer.