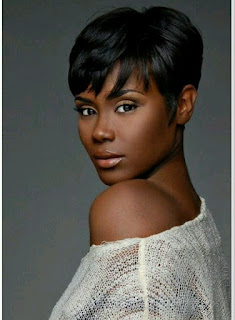 For the previous episode, click The woman in the swimming pool (part 2)
Episode 4 title: Mission.

“Detective Cole!” he uttered her name. “You need to stop this.”

She turned to face him in a furious mood. “Stop what?”

“Why did you walk away from the director?” he asked. “You should hear him out.”

“Why did he have to make the new detective your partner and make me his own partner?”

“But I see nothing wrong in it.”

“I know you are trying to be on his good side but you should learn to say the truth! He is our director and he is not supposed to be anybody’s partner. I have never seen this kind of thing in my life!”

“He has every right to make you his partner because he is our boss.” Leroy said and leaned close to her. “Why don’t you like Quincy Harvey?”

“I don’t dislike him.’ Genevieve replied him.

“Then work with him. I am not even happy you are leaving when you know the four of us hang out every Friday. If not that I stopped you, you would have gone home without saying goodbye.”

“I am sorry about that.” she apologized.

“It’s okay but there’s a change of plan.”

Genevieve raised her left eyebrow. “A change of plan?”

“We won’t be hanging out again,” he answered. “We will be going to the director’s house.”

She widened her eyes in shock. “For what?”

“He is having a get together in his house and we are all invited. He wants to celebrate his employment as the director of NIB. It’s by 7pm.”

She glanced at her leather wristwatch. It was 4:45pm.

Genevieve looked at him and queried, “Is it compulsory?”

“No but I want you to come. I want you, Oscar, Jasmine and I to be there. You don’t have to stay for a long time, you can leave whenever you feel like.”

She bit her lower lip and spoke. “Send me the address as a text message. I will go home and rest.’

Detective Leroy smiled at her. “Thank you Cole.”

Genevieve smiled back. “You don’t need to thank me. I will be there.” She entered her car, waived at him and drove off. She arrived home to have a cold bath, tied a white towel and went to the kitchen to make a hot cup of coffee. She drank the tea bit by bit and thought about Quincy. What was his mission? His reasons for trying to get close to her? She did not trust him and will do everything she can to find out his details. She sighed and went back to her bedroom to dress simple. She waited for the text message to come before she would leave her house.

*******
I arrived at the location of Quincy Harvey’s house at 7:31pm and I must confess his house is beautiful. He had two beautiful cars. Leroy came outside to meet me and I followed him inside. His beautiful bungalow has creative furniture with lovely artworks. I greeted some of the detectives I was familiar with at the office. I saw Oscar having a bottle of beer at the dining table. He rose up, I walked up to him, gave him a hug and asked after Jasmine.

“She’s with the boss in the kitchen.”

I could not hide my surprise. “She’s with the boss?”

“Yes.” He answered and sat down. “He told us to feel at home and be free with him. This is not our place of work but his house.”

“But what is she doing with him in the kitchen?”

“She is assisting him to serve us.”

“He cooked the food himself.”

My eyes opened and before I could say anything, Jasmine came out from the kitchen with her hands filled with two plates of jollof rice, fried chicken and salad. The other thing I noticed was the short tight black gown she wore. Who was she trying to seduce or was she secretly interested in our director or Oscar? I saw myself asking questions I had no answers to. A tender touch on my shoulder brought me to reality. I saw Quincy.

“You can keep the sir at the office,” he said smiling at me. I had to admit it to myself; he was a very good-looking man. "Can you assist me in the kitchen?”

I said yes and followed him. I had my reasons because I was looking for a way to ask him some questions. Jasmine came inside and motioned towards our director to ask him where he kept the drinks.

“Check inside the deep freezer in the store room.” He told her.

She nodded and touched him on his back. All I did was smile and waited for him to dish out some food for me to serve my colleagues. I carried two plates of food and went to the living room to serve and I went back to Quincy.

He peered into my eyes with a questionable stare. “Who likes who?”

“Don’t act as if you don’t know what I am talking about.”

“I don’t know what you are talking about Genny.”

I cleared my throat. There are two people that call me Genny, Uncle Freddie and an aunt of mine.

I said, “I think Jasmine likes you.”

He laughed aloud. “This is a joke.”

“Well, I am a likeable person and it’s a good thing she likes me. I am her boss.”

“You are trying to twist my words. She is single if you care to know.”

“And I never told you I was single.”

“Are you married?” I quickly asked in a puzzled tone.

“I am not attracted to her.” Quincy said and stared into my eyes without saying anything again.

I became uncomfortable. “Why are you staring at me like that?”

“Few hours ago, you were angry with me, in fact you walked out on me. Now, you are starting a conversation with me. I mean, what’s your mission here?”

I licked my lips and carried the two plates of food he served. Jasmine entered and he ordered her to take them from me. I saw a slight frown on her face as she took them from me and left us alone.

“I don’t have any mission.” I replied.

Quincy walked to stand in front of me. “I don’t believe you. You have to tell me what you are thinking.”

“I am not thinking anything.” I stepped to the left side to leave but he blocked my way.

“You have to tell me why you are trying to be friendly with me. I thought you didn’t like me and I know you have been trying to avoid me at the office.”

I sighed and gazed at him. “Why did you make me your partner?”

“Because I want you to be my partner.”

“You must have a reason.”

“I don’t.” he replied and left my front.

“What makes you think I am lying?” he asked and went to lock the kitchen door.

“Why did you lock the door?”

“I want us to have our privacy.” Quincy answered me.

“I have nothing to hide.”

“What makes you think I don’t trust you?” I asked him.

“I don’t know! You have to tell me. I want you to open up to me and also let me know the reason why you hate me.”

“I do not hate you,” I told him. “I only think you are an arrogant and a self-centered asshole!”

Quincy Harvey laughed and shook his head. “Well, I admit to be arrogant sometimes but I am not a self-centered asshole. I think about the welfare of others, I do not only think about myself.”

“For me to believe you,” I said. “You have to tell me how you knew Uncle Freddie.”

He stared at me in complete amazement. “Is this about Freddie Arinze?”

“How come he never mentioned you to me?”

“Did he have to tell you about me?” he asked me.

Someone knocked at the door and Quincy shouted at the person to go back. He said he was busy with me. I saw blazing anger in his eyes.

“Yes because you said Uncle Freddie told you about me.” I said.

“He did not have to tell you about me Genny.”

“I have every right to call you whatever I want!”

“This is where you are very arrogant!”

“If I knew you were Genevieve Cole the first day I approached you, I would have declined the job.”

Quincy Harvey came to stand in front of me. “I like you Genny and if you don’t like me, no problem. I want you to have it at the back of your mind that I became attracted to you the first day I saw your face.”

I stared at him stunned. I quietly said, “You should have declined the job.”

His phone rang and he dipped his hand inside his trouser pocket. He picked the call and spoke, his eyes still on me. After ending the call, he walked to drop his phone on the table and turned to look at my direction.

“There is a new case you and I will investigate. Doctor Ibinabo called to inform me about a body seen lifeless.”

“When do we start the investigation?”

“No.” he replied. “I could not decline my job because I have a mission here.”

“I will answer you but I want you to trust me because I trust you. First, can we be friends?”

I took a deep breathe. I searched his eyes to find answers but found none. “Yes.” It was truth. I wanted to know his mission.

“My mission is to find out who murdered Freddie Arinze.”

“What?” I asked as I felt an intense burning sensation. I became restless. “Uncle Freddie was really murdered?”

Quincy looked at me with a perplexed expression on his face. He sauntered towards me. “You believe he was also killed?”

He stepped backward and closed his eyes. When he opened them, I saw tears.

“Is there a problem?” I asked in a confused tone. Why was he crying?

Quincy Harvey wiped the tears away and focused his eyes on me. “I am Freddie Arinze’s son.”