Sunderland sack Adam Johnson after pleading guilty to sexual activity with a child.

A big shame on him! Sunderland has sacked Adam Johnson. People were left stunned when he pleaded guilty to charges of sexual activity with a 15-year-old girl and grooming. 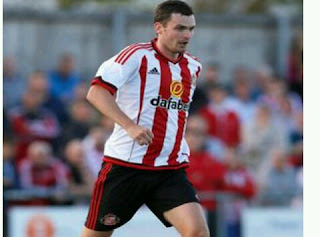 Not much more than 24 hours after the 28-year-old former Middlesbrough, Manchester City and England winger had admitted kissing a child and grooming her over the Internet but denied two further charges of sexual activity, the struggling Premier League club terminated his contract.

It is understood club officials had been shocked by his admission of guilt after being led to believe he would plead not guilty to all four charges . Board members immediately began consultations with lawyers which concluded with his rapid dismissal.

In a brief statement Sunderland said: “In light of Adam Johnson’s guilty pleas, the club has today terminated his contract with immediate effect. The club will make no further comment.”Johnson’s once glittering career is now in ruins and, given the seriousness of the offences he has admitted, there must be serious question marks as to whether he will play professionally again. Much hinges on the outcome of his trial which gets underway on Friday at Bradford crown court. It is expected to last between 10 days and two weeks.
at February 12, 2016