Series I Believe You Should Be Watching......

10. House of cards. (Season 1-4)
This is a story of Frank Underwood. As the secretary of state, he collaborated with his wife Claire into the position of greater power. The series deals with themes of manipulation, realism and power. I am looking forward to watch season 3.

9. How to get away with murder. (Season 1-2)
A prominent criminal attorney will select five students to work with her as interns. It explores two related murders through flashback and flash-forward.  The series will leave you in suspense. I have finished watching season 1. Over to the next season soon! 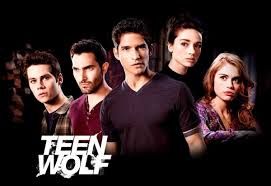 8. Teen wolf. (Season 1-5…)
A teenager Scott McCall encounters a mysterious creature, is bitten in the side, and he’s life changed and he became a werewolf. If you are a fan of werewolf films, this series will keep you entertained. I’m in season 4.

7. New girl. (Season 1-5…)
When you want to laugh, please watch this series. New girl is about Jess who moves in with three men. Jess, Nick, Schmidt and Winston will make you crack your ribs! I am currently watching season 5.

6. Empire.  (Season 1-2...)
Are you a music fan? This is for you! This series is about a former drug dealer and turned hip-hop mogul, his ex-wife and three children. The series is filled with drama, intrigue and drama. The fascinating character of Cookie will entertain you! I am in season 2!

5. Sleepy Hallow. (Season 1-3...)
Do you like horror films? If yes, watch this series. It is about a British solider Ichabod Crane and a police Lt. Abbie Mills. They will be investigating the headless horseman after he beads Sherriff August Corbin, mill’s partner and mentor. The two partners are the ones who can protect the world from the forces of hell. I am almost through watching season 2.

4. Shades of blue. (Season 1…)
Harlee Santos is an NYPD detective and a single mother struggling with financial problems. She is caught up in an FBI anti-corruption probe. She must choose between doing the right thing or cover up for her boss and colleagues. I love this series, not because Jennifer Lopez acts Harlee’s character but it is jam packed with twist and turns. It will leave you guessing and longing for more!! I am currently watching it.

3. The originals. (Season 1-3…)
Are you a fan of vampire films? If you are not, I am! If you are watching vampire dairies, stop it because this is more interesting! The series is about three siblings, Elijah, Rebekah and Klaus. They are the first vampires. Vampires, witches and werewolves are in this series. When you watch it, you will not regret it. 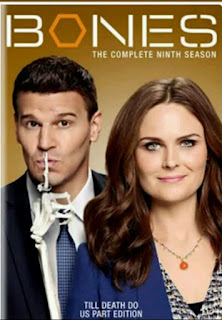 2. Bones. (Season 1- 11…)
This is my second best. The series is about a forensic anthropologist, Temperance Brennan who works at the Jeffersonian Institute. She has an impressive ability to read clues from victims’ bones. She is teamed with highly intelligent Special Agent Booth, a former Army sniper. They will come together to help solve crimes. This series has incredible casts/characters. When you begin this series, it will leave you hooked. I am currently in season 11! 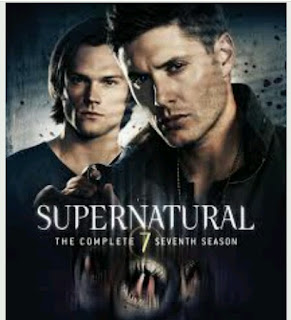 1. Supernatural. ( Season 1 – 11)
This is my favorite of all. My number one, in fact I don’t want it to end. Two brothers, Dean and Sam Winchester hunts down monsters, vampires, mysterious and demonic creatures. The brothers rely on each other as they encounter so many enemies. They have gone to hell, I mean hell fire! If you are not a true Christian, this series will leave you confused about the bible. Interesting characters like the king of hell, angel Castiel, Lucifer… I could go on and on... You will be entertained by the two brothers especially the elder one called Dean. He is my favorite character and actor. When you watch it, you will crave for more episodes!!! I do not want this series to end at all. I am currently in season 11, I think episode 10.

Which series are you watching? Is there anyone on my list that you are watching??
at March 14, 2016