Should It Bother You Who Wins The U.S. Presidential Election?

In a few months, the United States will decide who becomes their next president. Because of the 22nd Amendment to the Constitution, Barack Obama isn't allowed to run for a third term. Unless you've been living under a rock, you'll hear news about the election on an almost daily basis.

But, whether you live in the USA or not, should it bother you who will win the election? You might not have an interest in politics. But, the truth is it influences how we live our lives. Here's why it should concern you: 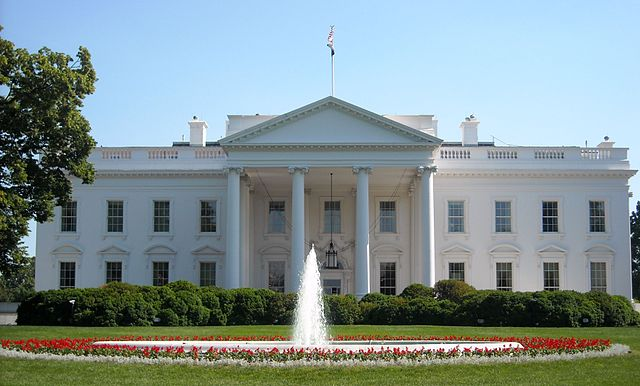 There's no denying the fact that America is a prominent country. The events that unfold in the country often have a domino effect on their allied countries. One of the first nations to respond to U.S. events is their Atlantic neighbours, the UK.

The USA is a major trading partner with many countries in the world. If Americans make the wrong choice at the polls, it could have devastating consequences. Not just for the United States, of course, but for other parts of the world too.

For example, the economy could take a nosedive and affect markets across Europe and Asia. Remember what happened with the global economic downturn last decade? That was as a direct result of American economic issues.
Someone needs to build on Obama's hard work

All politicians have their critics - it's no big secret. In recent years, Barack Obama has started building the foundations for a better America. One of his accomplishments is the so-called "Obamacare" package. The current president has managed to establish a universal healthcare system.

He also passed reforms for Wall Street and even ended the war in Iraq. What America doesn't need is someone that will go into office and reverse those changes. The country needs someone that can build on those foundations. Especially when it impacts its allies around the world.

It's hard to ignore when people like Donald Trump oppose groups of American society. Especially when they base their reasoning on the actions of a few bad apples.

I was checking out the updated odds on the 2016 presidential election the other day. It's quite shocking to learn that many people want him as their president! Sure, he might be shocking the foundations of the White House with his outspoken nature. But, the media usually depicts him doing this for the wrong reasons.

Corruption could become rife if the wrong president got elected

We all know that every country in the world has corruption problems to some degree. Yes, it happens in the United States as well. But, imagine if the problem became so widespread that everyone just "got used to it"?

That's a nightmare scenario that could become reality if the "wrong" president gets chosen! America has a strong constitution that makes it possible for people to lead free and fair lives. All that could go out the window if someone with ulterior motives gets into office.
at March 17, 2016