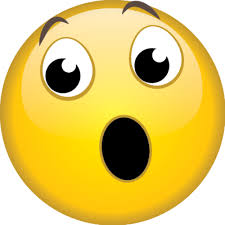 Hello CKJ, please hide my email address. I am an ardent reader of your fiction stories. You are really doing a great job and I pray for greatness for you.

I am twenty one year old undergraduate in a university in the western part. I was very close to my elder brother until he married his girlfriend last year. He still gives me money whenever I ask but he rarely calls unlike before. My school went on strike recently and I told him. he asked me to visit him to spend a week and I travelled to the Eastern part where he resides. My brother and his wife welcomed me very well. She served me well for two days. On the third day (saturday), I woke up early to clean the lsitting room and wash the plates as usual. When I finished, I had my bath, dressed and went to the sitting room to wait for them. I waited up till ten thirty and they did not come out. I wanted to check up on them but I felt I might disturb them. I was very hungry and I decided to go to the kitchen to cook. I took out the chicken stew from the fridge, warmed the pot of stew and boiled spaghetti to eat with it. I was at the dinning eating when my sister inlaw came out and saw me, she shouted and warned me never to touch or dip spoon inside her pot that I should have waited for her. I tried to explain but she didn’t let me. My brother came out and told me to apologize. I refused and he said I should leave his house the next day. I went out to eat in a restaurant later in the day. He gave me my fare and I travelled back. My brother have not been picking my calls, he said I must beg his wife first before he can talk to me. Was I wrong for what I did? Should I apologize?
My reply: You should have listened to your elder brother and apologized to his wife and he would not have told you to leave his house! All women are not the same! Put yourself in her shoes. What would you have done? She only shouted because she was angry and warned you never to dip a spoon into her pot of soup. Shikena! Call his wife, plead and call your brother to make peace. Stay blessed!
at April 30, 2016