Facts Everyone With A Vagina Must Know About!

1. The clitoris is not a button — it’s more like a wishbone.

When most people think of the clitoris, they think of the small visible part. But research indicates that it actually has branches that extend down underneath the skin, along either side of the vulva, kind of in a wishbone shape. 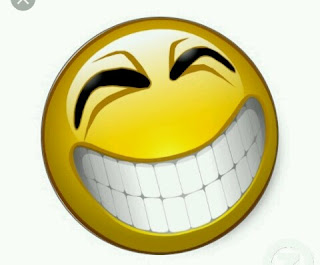 2. What you think is your vagina is probably actually your vulva.

The vulva refers to the outside, visible parts of your genitalia. It encompasses basically everything you can see — the labia, the clitoris, the urethra, the vaginal opening, and so on — and it’s usually what most people mean when they say “vagina.”

The vagina, on the other hand, is the muscular passageway that connects the vulva to the cervix.

3.Vaginas (and vulvas) come in lots of different shapes, sizes, and colors.

There’s a good deal of variation from person to person, and there’s no such thing as a “standard” vulva — and that’s according to science.

4. When aroused, the vagina can expand to around twice its normal size.

Unaroused, the average vagina is about three to four inches deep. But during sex it can expand to about twice as big, Dr. Herbenick told BuzzFeed Life. That’s partially because of a process called vaginal tenting, which is what happens when you get aroused. “When women become aroused, there’s more muscular tension in the body,” Dr. Herbenick says. “That muscular tension draws the uterus upward, creating more space in the vagina lengthwise.”

5. Not all women are born with hymens.

And for those who do have hymens, they range in thickness and amount of coverage. What this means: You can’t actually tell if someone is a virgin or not by doing a “hymen check,” according to Dr. Herbenick’s book.

6. Your vagina won’t be noticeably different after you have babies.

There is actually no statistical difference in average recorded vaginal size between women who’ve had babies and women who haven’t, according to fairly groundbreaking research published in 1996.

At least not in the sense that there is a button in your vagina that, when pressed, = orgasm. It’s a bit more complex than that (surprise!).

First, some G-spot background: For years, researchers have known that there’s an area about an inch or two up on the inside front wall of the vagina (the side closest to your belly button) that is associated with intense pleasure. That’s why men’s magazines love to recommend that your partner should insert a finger into your vagina and make a “come hither” motion to stimulate it.

Here’s where it gets a bit complicated: Imaging research and surveys done on twins have failed to find an actual organ, or distinct part of the anatomy, responsible for all that pleasure. Plus, not all women report having G-spots, or being able to find one on themselves.

What does this mean? Well, that new research is pointing to the idea that instead of there being a particular spot or button that causes orgasms, the clitoris, urethra, and front side of the vaginal wall all work together as a “clitourethrovaginal complex.” When all three are stimulated just right, it can result in what some people refer to as a vaginal orgasm (aka a G-spot orgasm). Tell your partner not to retire that “come hither” motion just yet.

8. Feeling like you have to pee during sex, even though you just went? That’s normal.

About that clitourethrovaginal complex… well, it can mean that sometimes your partner might be stimulating your urethra (or even bladder) during sex, which can potentially make you feel like you’ve gotta pee.

There’s also a thing called nerve cross-talk, which is where so much is going on down there that your nerves can become confused about what exactly it is they’re experiencing, Dr. Herbenick told BuzzFeed Life. “It might feel like you have to pee, but you’re actually just becoming aroused,” she says.

9. About half of all American women use vibrators.

10. Your birth control pill can impact how wet you’re able to get.

So can breastfeeding and menopause. That’s because your vagina’s ability to lubricate is partially tied to estrogen levels, Alyssa DwecThe lower your estrogen levels, the harder it is to get wet naturally.

11. Using lube will make sex much more pleasurable for you, according to science.

12. Roughly 16% of women say they’ve never had an orgasm during intercourse.

And from the same study, about 20 to 30% of women say they only reached orgasm during sex about one in four times…or fewer.

13. About 30% of women felt some pain during their most recent sexual experience.

There are some women who experience chronic pain from sex, like those who suffer from a condition called vulvodynia. But it is also incredibly common for women to occasionally and unpredictably feel pain while having sex — like if your partner rams your cervix, or if the fit is too tight, or you aren’t quite lubricated enough, Dr. Herbenick says. The good news is that most of these reasons are preventable: For example, you can ask your partner to switch to a more comfortable position; you can use lube; or you can ask for foreplay to last longer, so that you can become fully aroused and your vagina can be fully prepared for penetration.

14. Lesbians report having more orgasms than straight or bisexual women.

According to a recent survey of 6,151 men and women, published in the Journal of Sexual Medicine.

Straight women are just as likely to report having orgasms when their partner uses a condom as when he goes without, according to research from the National Survey of Sexual Health and Behavior (NSSHB), conducted by experts at the Kinsey Institute at Indiana University.

16. To increase your odds of having an orgasm, mix it up in bed.

Research from the NSSHB shows that women who combine a variety of sex “acts” in one session (as in penetration + hands + oral) are more likely to report having orgasms than people who just stick to one sex act.

17. The older you are, the less likely you are to remove your pubic hair.