Interesting Facts You Should Know About Marijuana! 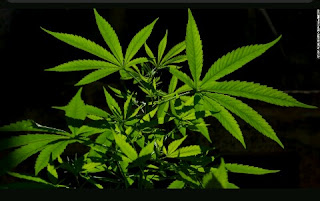 2. Marijuana is legal and is not even classified as a drug in North Korea.

3. California was the first U.S state that banned marijuana a century ago.

4. Uruguay became, in 2013, the first country in the world to make it legal to grow, sell and consume marijuana.

5. Study after study has found that marijuana is less harmful than alcohol and tobacco.

6. Beer and Marijuana are cousins: Beer’s hops in the same family of flowering plants as marijuana.

8. Heavy marijuana smokers are at risk for some of the same health effects as cigarette smokers, like bronchitis and other respiratory illnesses.

9. Legalizing marijuana would generate $8.7 billion in federal and state tax revenue per year.

10. Marijuana has been legal for personal use in Alaska since 1975, and it’s still legal today.

11. The sex party in Australia is looking to legalize marijuana, euthanasia, censorship, abortion, and tax the church.

13. A marijuana-derived compound forces cancer cells to freeze and prevents them from spreading.

14. Only About 9% of marijuana users become clinically dependent, according to a study.