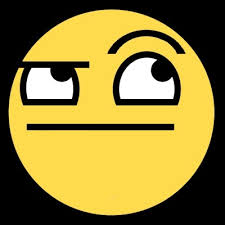 Kate (not real name) parents divorced and she had to live with her mother. Her father is quite rich but ever since he married another woman, he neglected her. Kate (30years) and her mother lived in Warri, and she assisted her mom in her provision business. One day, she met George (not real name) and they began to date each other. He was searching for a job at that time and she went to see her dad and begged him to help. Her father was kind enough to look for a job for him in a bank. After some months, George became very comfortable and even at that, Kate would give her boyfriend all her savings. She said she was in love and trusted him. After a year of their relationship, she got pregnant. Her mother advised her to let George know he needs to pay her dowry so that they can get married. She told him and he promised to see her parents, engage her after she gives birth and they will travel to America to live there.

Nine months later, Kate gave birth to a baby bouncy girl. Few days to the naming ceremony, George gave Kate the money she needed for the occasion and he travelled to another state for a business deal and assured her, he would be back after two weeks.

On the day of the ceremony, Kate received a call that her boyfriend was getting married to another woman. In front of her guests, she fainted. She tried all her possible best to reach George but it was impossible. He had relocated and left his bank job to be with his new family.

Kate mother was mad at her. She said that if her daughter had listened to her, the unfortunate incident would not have occurred. She evicted Kate out of her house with the baby. She had no money, and her father chased her out of his house, with a cutlass.

She had nowhere to go. Her friends told her they could not accommodate her. She called an old friend Omoni in Benin and she was lucky that her friend was ready to put a roof over her head for a short period. Kate with her newborn baby sold roasted plantain to survive. If she had known, she would have listened to her mother but she believed George LIES and she ended up in poverty.

If George never lied, she would not be under this awful predicament. This is not fiction but a true-life story. Presently, she has used her savings to open a small shop and she is living in a one-room apartment. Her daughter is two years old now.

Lies men tell sometimes destroys a woman’s worth. Few are trustworthy and many are BIG FAT LIARS….
at May 04, 2016