1. There are more than 2,500 varieties of mosquito (some entomologists claim 3,000) whining from the Arctic tundra to the tropical rain forests. Most are active at dawn and dusk, while others enjoy midday feeding. Protein is where you find it. 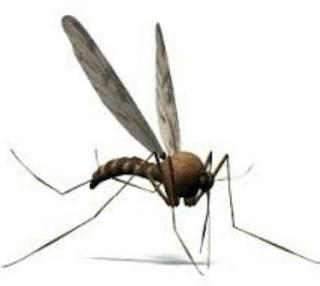 2. In 1998, researchers found a new mosquito species in the London Underground, descended from ancestors that flew in when the tunnels were dug 100 years ago. Once bird-feeders, they now feast on a menu of rats, mice, and people.

3. Mosquitoes do not bite, they suck.

4. It would take 1,200,000 mosquitoes, each sucking once, to completely drain the average human of blood.

5. Once a feeding mosquito is full, a chemical signal shuts down the intake. When that signal is disabled in the lab, mosquitoes suck until they explode.

6. According to a University of Bristol study, male mosquito “ears” are packed with about as many sensory cells as human ears, helping amorous mosquito males identify and pursue passing females.

7. When a mosquito detects the whine of the opposite sex, it begins to synchronize its own pitch to match that of the potential mate. Randy males can “relate” to girl frequencies in a second or two. Females take several times longer to synchronize. This is the same with humans in a bar.

9. Millions of years ago, mosquitoes were three times as large as they are today.

10. Eyes occupy most of the surface of a mosquito’s head. Not eyes into which one might wish lovingly to peer, these compound-lensed organs deliver infrared images of heat patterns emanating from a body.

11. Mosquitoes also use your exhaled breath to track you down, especially when you sleep or have been exercising. Fortunately, they clock out at only 1.5 mph—so you can’t hide, but you can run. Unless you’re on a treadmill. Then they’ll get you.

12. Abuja, Nigeria, is home to the world’s biggest mosquito net, unveiled in 2000 as part of a national campaign against malaria and other insect-borne diseases. Two hundred children fit under it.

13. Millions of people alive today will die of a mosquito-transmitted disease. Malaria alone claims some 1,000,000 lives a year in Africa. Other top killers include dengue, yellow fever, and West Nile virus.

14. Mosquito won’t die of AIDS. HIV-infected humans actually have very few virus particles in their bloodstream, and should a mosquito suck one up, it gets killed by the mosquito’s digestive system.
- July 19, 2016