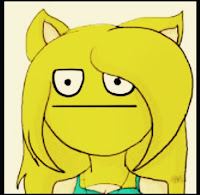 My name is Sa..... I am a regular visitor of your blog and I need advice on what to do. Please its long ...Few years ago I had accommodation problem in Lagos, my elder sister friend also living there volunteered to accommodate me for six months until I get my place. She was accommodating. Sometimes she cooks and sometimes I do that too. We never had problems because I mind my business. We became close after a while. (she's older than me with 5 yrs). Her boyfriend that rented the place for her usually come to see us and even take us out. There was a day my hair was rough, he told me I shouldn't worry that he was going to give me money for it, I refused. His gf wasn't there. She went to buy something. On a particular day, I followed the two of them to a night party, it was already late and we could not go home that night. He took us to a hotel, my sis friend was a bit tipsy, she dozed off immediately. I went to the bathroom and her boyfriend walked inside without knocking. Thank God I was in the toilet, he apologised and left to join his girl on the bed. After that, I went to sleep on the other side, the girlfriend in the middle. In the middle of the night, they started to make love and this so called boyfriend was using his left hand to touch me at the same time! I shifted away but he didn't back down, he continued. Just for him to stop, I almost fell off the bed. He left me alone and left the hotel very early in the morning. We didn't see him till in the evening at home. He pretended as if nothing happened. I spoke about it to one of her close friend (joyce) for advice on what to do. This friend said the boyfriend had done the same thing to her but that if we should my sis friend, she might not believe.

Few weeks later, I found a place, and started living there. To cut the long story shorter, my sis friend and Joyce quarelled and she spilled what her boyfriend did to her. She didn't believe but Joyce said he had done the same thing to me. I was shocked when she called and asked if it was true. I told her the truth. She shouted at me over rthe phone that I should have told her. I apologized.

Its been three years now and this lady is still having a grudge over it. Don't know why she is still angry, keeping malice with me. This same boyfriend cheats and beats her yet they are still together till today. This same boyfriend still chat with me once in while on whatspp to ask how I am doing.

Was I wrong not to tell her what he did. I didn't want trouble and even if I did, I knew she wouldn't leave him.