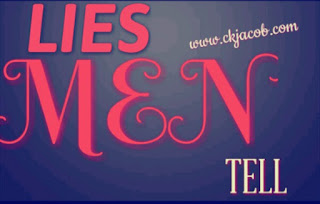 Many years ago, at the age of seventeen, Halima (not real names) met Ken, a worker in a company. He professed undying love for her, and told her he would wait for her when she was ready to have sex. After dating for a year, he deflowered her and she got pregnant.

Ken changed when she told him about the pregnancy. He denied her and the baby. Her family were disappointed but agreed to help her take care of the baby after she refused abortion. Nine months later, she gave birth to a baby boy, gained admission into one of the best universities in Nigeria. She read accounting and graduated with a second class. Her mother and her elder sister continued to look after the child. Months later, she found out that Ken had other children from two different women and he was not responsible for their upkeep. He cared only about himself.

God did it for her; she got married to a better man. Ken came back when he heard and begged her to divorce her new hubby. He promised to wed her and take good care of their kid. A child he has never tried to see ever since she gave birth to him. A woman from Port Harcourt called Halima and informed her she should not listen to Ken. She said Ken was begging her too and marriage and with the investigation she had done from his family, his plans were to marry two wives.

Halima was wise never to fall into Ken’s lies and empty promises. She threatened to arrest him if he ever disturb her about marriage. She was happy with her husband.
Presently, Halima is in her late thirties… she has three boys now and has a business of her own. Ken is still unmarried, still searching for Mrs. Right. He recently saw his son, gave him five hundred naira, and promised to come back which he has not done up till now… A true life story.

*****
The THUNDER that will fire those men that are big fat liars, it will pull up from the pit of hell... And it will strike them on their rods. Shikena!
at September 03, 2016