Tekno should be The Next Rated. 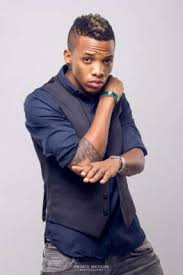 The first time I heard this music artist sing, I thought it was Psquare until I saw a video of the song! He’s name is Tekno and a recording artist of Made Men music owned by Ubi Franklin. The concept of the video (Duro) was good but when I saw another one by him (Wash), I knew this songwriter was talented. He knows how to dance too!


Have you ever wondered whenever he releases any song, it’s always a hit? I might not like him facially but I am a huge fan of his music. When I heard ‘Pana’ Song, I had no idea it was him. I had to start asking people who was the singer. When I finally knew it was Tekno, I wasn’t surprised.

Tekno is a fantastic vocalist and he is a true talent that always blesses us with good music that we can dance to and his lovely voice can put us to sleep and make us have sweet dreams! I visited Bellanaija and saw a new song by him. I didn’t think twice before downloading it. He didn’t fail to put a huge smile on my face. Diana song is also a big hit and a round of applause for him!

I was going through Instagram and I watched a video of him singing Pana song on stage. He was not Lip syncing. It was a life band and he was playing a guitar too. I had goose pimples hearing the meek sound of his voice and he is truly a wonderful performer.

The nominations for 2016 Headies Awards is out and it is a slap on his face to receive only one nomination. That is bad! I don't want to believe it is the cause of tribalism. Yoruba artists flooded the nomination list. I'm not saying they don't deserve it, someone like Olamide deserves the nominations but it was obvious that, that particular tribe was highly favored.

Don't get my words twisted. I am from the west.

I am keeping my fingers crossed. Tekno should be the winner for THE NEXT RATED. They should not be biased and repeat the same thing they did with Lil Kesh and Reekedo Banks.

The year is running fast and 2017 is very close. There will be new musicians, songs and videos but the impact Tekno is making on his fans will not fade away quickly. I believe he still has a lot to offer and I will always say this, TEKNO IS UNDERRATED.