Short Story: Not Searching For Love 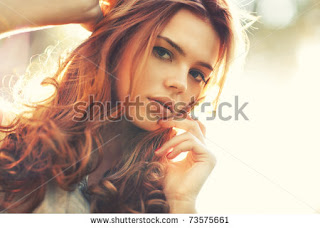 As a young girl watching my favorite cartoon 'Beauty & the beast' made me believed love is real. Love is inevitable. The affection my parents displayed for each other was remarkable and I believed love would surely come my way at the right time.
When I turned a teenager, my dad’s immediate younger brother came to live with us. Mom and dad trusted him. They would travel and leave me with him but they never knew as they left us together, I became venerable and dirty as he would rape me. He would threaten to kill me if I told anyone. Few years later, he left and married. My father divorced my mom and married another woman. I felt sad, voilated and depressed. I no longer believed true love existed.
I saw men as monsters, evil and wicked. Love was not real. A stupid fairytale! I closed my heart and vowed never to believe or trust any man that came my way. Men were manipulators and evil doers.
In my third year at the university, I was coming out from the class when I noticed a young and handsome man staring at me. I was disgusted. I walked away and he followed me behind. He tried talking to me but I bluffed him off. Men were shit!
He gave up and I felt relieved that I would never see him again. The next day, I went to the class and found the man pestering my life the previous day in my class. He was introducing himself as a new lecturer, Mr. Demola. I was shocked.
I attended all his classes even though I detested him as his eyes were all over me. Few days to my birthday, my mom called and begged me to come home and spend it with her. I was tempted to go see my single mother but I had assignments and test. I couldn’t go, I apologized and promised to make it up to her during my holiday. The next thing she said was “bring my future son in law’. I was angry but never told her.
On a Thursday, my birthday, I had lecture and I went to class. As I entered, my course mates stood and sang a happy birthday song for me. Two cakes were on a table. How did they know was the question I kept asking myself. Mr. Demola came from behind with a wrapped gift and card and sang a beautiful song “African Queen” by Tuface. I was weak, emotional, surprised and happy because no one had ever done that for me. Everyone clapped and in front of them, Mr. Demola professed his love for me. He organized the birthday get-together.
After the celebration, he took me to his office and told me about himself and wanted me to his girlfriend. I was grateful for what he did but I was not interested. I left and refused to attend his lectures. I no longer cared. A week later, he came to my hostel and refused to leave until I reveal to him why I was hardhearted. I was angry and narrated my childhood experience. I knew he would surely leave but to my greatest surprise, he cried. My story broke his heart. He took my name and looked into my curious eyes.
He said, “I am not perfect but I will try my best to look after you. No harm will come to you. I will do everything I can to make your uncle pay for what he did. Rape is a crime. He must not go scot free. Fiona, seeing you for the first time was God’s gift to me. I have fallen in love with you. I will take care of you. Give me a chance to prove the love I have for you is real. I will never hurt you. I won’t let you go.”
I never knew tears were all over my face until a drop touched my lips. I have never felt special but he made me felt that way. I gave him a chance and I have never regretted it. My mother is a proud grandmother of three children. Demola and I would be celebrating our ten years wedding anniversary. He is still the man that captured my heart♥.
I wasn’t searching or looking for love. Love found me. Happiness can never depart from me. True love is priceless. When you find the one, do not ever let her/him go. Love is a wonderful feeling!
- February 28, 2017