Chimamanda Adichie, Former INEC Chairman Attahiru Jega and others are Elected into American Academy of Arts and Sciences.

Nigerian and Famous novelist, Chimamanda Ngozi Adichie has been elected into the American Academy of Arts and Sciences, along with  228 new members, the Academy announced on Wednesday. 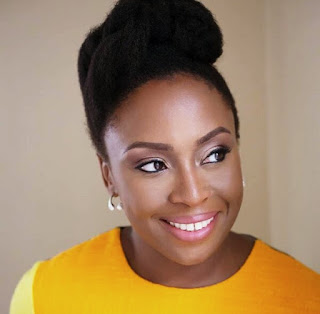 The new class will be inducted at a ceremony on October 7, 2017, in Cambridge, Massachusetts. Among the people elected are some of the world’s most accomplished scholars, scientists, writers, artists, as well as civic, business, and philanthropic leaders. They will all form the 237th class of the academy. It was founded in 1780, the American Academy of Arts and Sciences is one of the country’s oldest learned societies and independent policy research centres, convening leaders from the academic, business, and government sectors to respond to the challenges facing—and opportunities available to—the nation and the world.

Members contribute to Academy publications and studies in science, engineering, and technology policy; global security and international affairs; the humanities, arts, and education; and American institutions and the public good. Members of the 2017 class include winners of the Pulitzer Prize and the Wolf Prize; MacArthur Fellows; Fields Medalists; Presidential Medal of Freedom and National Medal of Arts recipients; and Academy Award, Grammy Award, Emmy Award, and Tony Award winners.