MC Galaxy - 'I cannot fight Davido, I am his boy!'

In 2015, it was reported that Davido and his driver beat up his fellow artiste, MC Galaxy, at his house in Lekki. 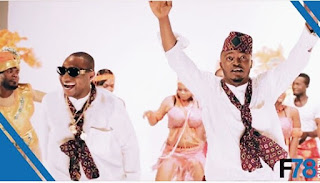 Although, Davido later came out to say it was his boys and not him that beat up Galaxy, the Komolop Cholop crooner has never spoken about the incident. However, in a recent chat with Sunday Scoop, the comedian and singer laid his mind bare. He said,

“Davido is my boy and I cannot fight him. We are friends and friends have issues once in a while and move on afterwards. We cannot fight each other and our relationship is still tight.”
- April 02, 2017