A man named Matthew Ervin last saw his bride-to-be when she left his apartment in Jonesboro, Ark., at 11:30 p.m. June 14, 2000. She was going to drive to her parents' home, 40 miles away in Dell, Ark. When she wasn't home by 1:30 a.m., Ervin called her parents, and Ervin and Amanda's father, Ed Tusing searched for her. 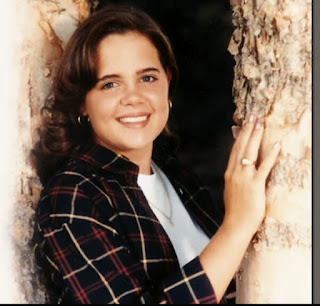 They each drove along the route Amanda Tusing would have taken. They found her car, a black 1992 Pontiac Grand Am. It was parked in a well-lit area. After finding the car, Ervin met Ed in the nearby town and the two called police to report the 20-year-old missing.

"She had a drink in the drink holder, about three quarters, half full, and it was still kind of frosted," Craighead County sheriff's investigator Gary Etter said during the investigation. "Her wallet was still in there, and her keys were still in the ignition."

Etter said the windshield wipers had been stopped midswipe on the windshield, and the radio was turned to her favorite station. There were no signs of a struggle.

Three days later, on June 18, a resident found Tusing's body in a rain-swollen ditch, about 12 miles from where Ervin had found her car. The body was west of Tusing's car, even though she had been traveling east when she disappeared. There were no signs of a sexual assault, Etter said.

The victim's mother told ABC News her daughter Amanda, who had two brothers, one of them her twin, had just finished college and gotten a job at a veterinarian's office. She and Ervin got engaged three months before her death.

"She was a very active girl," Susan said. "She had a smile on [her] face all the time, and enjoyed being with her friends."

Etter described Tusing as a down-to-earth girl with a lot of potential.

"She's just one of these girls next door, you know," Etter said. "Her life was loving animals and going to school. That's what she did. She had a full life ahead of her."
The hard rains the night of her death were a cruel blow to the investigation.

"If there were any signs, they'd long since been washed away at the time she was located," Brent Davis, the prosecuting attorney for the Second Judicial District in Arkansas, told ABC News." There were no leads and no physical clues."

Police believe she was suffocated, then thrown into the ditch, but the medical examiner's autopsy of the waterlogged body couldn't confirm that.

"She had water in her nasal passages but not in her lungs," Etter said. "That makes us think she was dead before she ever hit the water. The water in her nostrils, we think that came from her being in the water itself. What we think happened is that she was suffocated then she was thrown into the water."

After seventeen years and more than 200 interviews, investigators' theories of what happened to Tusing are as cloudy as the night she disappeared, but a promising new lead has surfaced, Etter said, right around the anniversary of her death.

The lead came when someone approached the sheriff's department about a conversation he or she had overheard, Etter said. After initial interviews, Etter said there are two more interviews to do before the lead has been fully checked out.

Because of the lack of physical clues, Etter said, investigators are looking to solve the case based on tips from people within the small, rural area.

"The criminals are the ones who are going to solve the case for you," he said. "They know somebody who knows somebody. And I'm hoping that's what's going to happen in this case."

"We had always told Mandy that if she ever got stopped at night to go where there were lights, and her car was found surrounded by homes and it was underneath a streetlight," Susan said.

Law enforcement officials in the area were interviewed and given lie detector tests, Etter said, but none of them emerged as suspects. Ervin, the last known person to see Tusing alive, passed three lie detector tests.

Without any physical clues and no clear leads, Etter said the FBI helped investigate the case and gave officials a likely profile of the killer.

"They're thinking it was probably a white male in his 50s that lived in the vicinity where her body was found," he said.

Killer in Their Midst?

Etter said his instincts told him Tusing's killer was right there among him and his neighbors.

Etter said he paid close attention to murders similar to Tusing's in states surrounding Arkansas and sometimes interviewed those suspects.

"If we don't find this person, they will think they've gotten away with this particular murder and say, 'Hey, let's do it again,'" he said. "I don't want it to happen to another person."

Davis, whose office is in Jonesboro, said despite the possibility of Tusing's killer being among the small-town residents, he did not notice a significant change in people's behavior after her murder.

"I don't think there was a fear where everybody shut their windows and locked their doors because of this," he said. "It was just a real tragedy."

"There's not a day that goes by that I don't do something on this case," Etter said. "I've been doing criminal cases for about 38 years, and this is one of the hardest cases I have ever worked. And now it's become more of a personal case than anything because I've grown real close with the Tusing family."