George Washington fought for British before fighting against the British. Here are facts you didn't know about him. 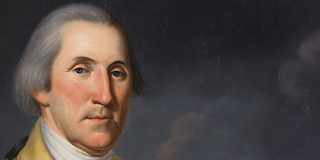 1. George Washington started school at the age of 6 and left at 15 because his mother couldn’t manage his education expenses. He wanted to become a surveyor.


2. He got married when he was 26 years old with Martha Custis who had already two children; he had no kids of his own.

3. A research in 2005 showed that his dentures were made out of a lead, gold, ivory and the combination of animal and human teeth.

4. His hair was real, not a wig, which is generally considered today.

5. In US history, he was the sickest president who suffered from malaria, carbuncle, dysentery, small pox, diphtheria and some other diseases.

6. He could break the walnut shells between his thumb and forefinger. As he was a strong man.

7. He was a great dancer, athlete and the best horseman in the 13 colonies.