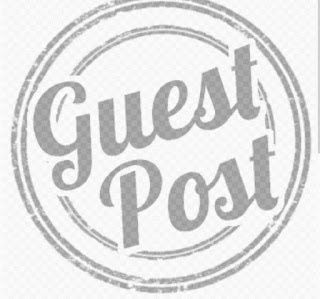 She has been staring dismally---my mom, from the window of her bedroom for a while now. The tears in her eyes refuse to fall. They waver on her eyelids like pearls, in defiance of something she only is privy to. I hover behind her, unsure as to if her silence meant dismissal.
The room is awash in sunshine. It haunts me with memories.


***
When I was convalescing from malaria and my eyes swam with strange colors, I was adrift somewhere in the depressed part of the bed too weak to move my head or a shake limb. I looked up, at the ball of my mom’s shoulders and saw two blue knots on the straps of her sagging vest. They looked like rosebuds waiting to blossom—to explode.

I stared pointedly afterwards, at the curtains and the soiled table cluttered with empty bottles of cough syrup that had spilled over and left a map of nowhere. Each time I blacked out and came to I found a fresh rag under my chin to blot saliva.
It was only love I felt.

****
My mom used to be at the table making lesson notes. She bit mercilessly on the head of a biro, rolling words she was unsure of on her lips. Years later when I look inwards to find a poetic opening for a Memoir piece, this is what burns bright in my memory, this chronicling image of my mother.
The thousand splendid stories I could write about the portrait of a woman sitting by the window disturbed.

***
If I were a poet I would distill in words seasons of great expectations, failure, piety, and more failure. But words in the hands of this inexperienced writer can’t recreate the years my mom spent growing up like a person who didn’t ever know what it felt like to dance and run.
There is a Tiv word, Anchaver. It loosely translates rag. But the English translation blunts the aptness and figurativeness of Tiv axioms. It beats out nuance from the native tongue.

Tiv is a language of fullness. A mere suffix can totally alter a word. Rag could mean pauper, a lowlife, a tramp, an orphan.
This is what my mother was. Anchaver. An orphan who, in her own little way picked through life a step a time—much slower , more unfortunate and less privileged.
Her marriage was earlier characterised by regular flights home to her Aunt’s house in Numan. The brute treatment she got from her husband—a reoccurrence that never quite eclipsed her enduring love.
And the constant thieving from her second son which caused the greater grief.

***
I am the second son who steals. I. And clearly, my love for my mom seesaws. I would enter her room and I would steal. And each time she found out and asked, I denied it.
I bought stupid little things with the money. MP3 players with shiny plastic earphones, SD cards, and bubble gum packaged by Jenka. I folded the remaining cash and pushed it into the cone-shaped lid of the DuraVolt ceiling fan in my room. Perfect.

It was at dusk when I sat to eat with a swelling heart, already apprehensive of her cursory glances and silence, that she opened the door and gathered the curtains over the doorway--she always did this—looking around arms akimbo.

Lyambee! Where is my money? I shook my head and puckered my eyebrows like: I don’t know what you’re talking about. I was more intent on slicing an orb in the moi-moi with the thin fiber of polythene.

My brother French looked petulant, like: Here we go again. He pleaded with his eyes. He looked like he knew that I took the cash, but like a brother who didn’t want a klept for a sibling, he asked: Did you take it? How much is it? Tell me, I can put it back. She won’t even know.

He didn’t push it when I screamed, Jesus! Me? I didn’t take her money; I don’t know what she’s talking about. I swear. And later when I finally gave back the creased notes, I could not look him in his eyes.

The last time I stole from my mom, I expertly flipped two thousand Naira notes from the asusu box using two splintered broomsticks. She cried. She cried. Bad, snotty tears. And French feeling obliged as the eldest and reasonable son, consoled her. Although I admitted to the theft, I stubbornly refused to say sorry. I had said Sorry a thousand times and it felt so untrue in my mouth. Tasted bland. Untrue.

I felt she was being petty. I felt even angrier seeing French crying too. He got really mad when I shifted on my legs, clearly indicating the want to leave.
Come here. He drew his belt and wrapped the excess around his fist, but I saw through his show, I sensed in his voice brokenness, an absence of firmness. So I punched him in the palm when he tried to tackle me. He lashed out squarely on my shoulder blade. For a minute we were both locked in a scuffle, but my power began to tell on him.
Is this is what you want to become? A thief? He huffed.

These days when I pick cigarettes nimbly from Mallam Ahmed’s counter without paying, I don’t stop to think if my brother’s utterance was indeed a curse. Maybe not thinking of it at all would eventually make it seem like a bad habit. A habit I would hopefully drop with time.
...
Written by Lyambee Aorabee