1. A baby cannot taste salt until it is 4 months old. The delay may be related to the development of kidneys, which start to process sodium at about that age.

2. A baby is born in the world every three seconds. 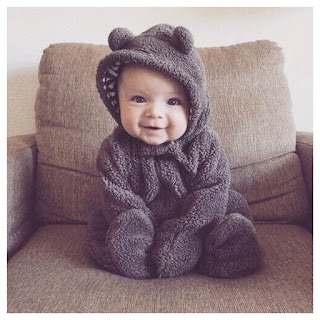 3. Research has shown that cesarean babies are more likely to have breathing difficulties, as it is thought they may miss out on important hormonal and physiological changes that occur during labor.

4. In four or five out of every 100 newborn babies, there is discharge of milk from the nipples. This is due to unusually high levels of the mother’s hormones that leak across the placenta during pregnancy. Premature babies never have this discharge, only those who are full term.

5. A baby’s head is proportionally huge, being one-quarter of the total body length, compared to only one-eighth of the total adult’s length.

6. At birth, babies have no kneecaps. Kneecaps do not develop completely until after six months.The kneecap bone doesn't harden until between the ages of 2 and 6.
7. Research shows that a baby responds positively to the fragrance of its mother’s breasts and ignores breast pads used by other women. Even more striking is the discovery that a blindfolded woman has the ability to identify her own child from a host of other babies by scent alone.
8. Up until 7 months old, a baby can breathe and swallow at the same time.
9. The brain of a newborn accounts for 10% of its total body weight. In adults this figure is down to 2%. By the end of the first year, an infant’s brain increases in size two and half times, and by the end of the fifth year, it is three times what it was at birth. At all stages, the male brain is slightly larger than that of the female.
10. Babies are born with natural swimming abilities and can hold their breath. However, this ability quickly disappears.
11. At around 6 months old, a baby learns that each object is unique. Before this time, whenever it sees a bird in a tree, it always assumes it was the same bird.
12. A newborn baby has about one cup of blood in its body.
at August 02, 2018