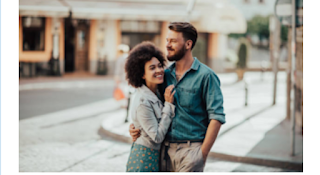 ******
Wendy gave all the medication she could think of to Lola as she fought to stay alive. The lab tech was also working on a remedy but it could take a little longer.

Duke reached his office and grabbed his phone to make a call to Dr. Yvonne.

Melvin was visibly surprised to see Zara panic. He didn’t believe she still had emotion running through her body. Was she pretending? He asked himself. He could have asked her, but it was wasn’t the right time for such. Both of them decided to check on other patients and appointed nurses to monitor their condition.

The moment Duke finished speaking with Yvonne he took a deep breath. Despite he was impatient he had to stay calm while he made a second call.

“Duke,” Daniela said in a surprised tone. “It’s been a while. How are you?”
He let out a sigh. He didn’t want to sound apprehensive over the phone. “Hello Daniela. I’m fine. How are you?”
“I’m good. I am surprised you are calling me.”
“Yeah. I wanted to apologize for what I said to you the last time we saw each other. I thought about you for some days and I have decided to do the right thing. I am very sorry.”
She waited for few seconds before she spoke. “It’s okay. You know I still care about you. You are forgiven.”
“Really?”
“Yes.”
“How am I sure? I want us to talk. I think we should see and talk about us. Maybe we still have a chance to be together again.”
“Duke, are you sure?” She asked.
“Yes. I want us to have lunch. Can you come to the hospital to pick me? I didn’t bring my car today.”
“I didn’t plan this. You should have told me in the morning.”
“But it’s lunch time.”
“I know. I have other plans and I am supposed to have lunch with Dr. Yvonne today. We are meeting in…”
Duke was getting impatient. There was no time. “If you really want us to be together again, come over, please. We are still going to talk about Yvonne. There is something that happened between us and she must have kept it away from you.”
“What happened?”
“We will talk about it when we meet. I want you to hear it from me first. She might try to contact you, but don’t pick her call.”
He heard Daniela sigh heavily. “Anything you want. I am coming.”
“Thanks dear. I will be waiting for you.”
He ended the call and heaved a loud sigh. 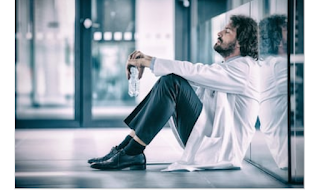 Duke went to the emergency ward and met Jidenna with Melvin coordinating. Duke wanted to send a nurse to inform the security men about Daniela’s arrival, but he changed his mind and went himself. Jidenna followed him.
“I know we are not on good terms,” Jidenna said. “You have to tell me what you are planning.”
“I can’t tell you.”
They motioned to the security post and Duke addressed them.
“Miss Daniela Jumbo is on her way to see me. She is allowed inside and one of you should escort her. When you bring her in, I want the door locked. No one should let her know the hospital is on lockdown in case she drives in and suspects such a thing.”
“What if she brings someone along?” The head of security asked.
“She won’t. I am sure she is coming alone.” Duke brought out the key of his car and gave it to him. “Please take my car to the back of the hospital. She doesn’t know I came with it.”
“Okay sir.”
“Thank you.” Duke said and turned to leave.
Jidenna asked as they walked beside each other. “Why is Daniela coming here?”
“To give me what I want!” Duke walked faster and gestured to the direction of Ward A, room 16.

Relatives of patients began to ask questions about what was going on. They didn’t get the right answer, Jidenna assured them everything was fine and whatever the hospital was going through, they had it under control. Lola’s began to groan in pain, although it wasn’t severe.

Duke looked at Lola with so much pain in his eyes. He saw how she screeched whenever Wendy administered medication to her. He wished he were the one on that bed, not her.  He thought to himself. He felt Daniela or Yvonne must have planned this. For the man to ask of Lola, he suspected one of the women was guilty and he believed it was Yvonne. She was an employee there and had better access to such virus.

Daniela could be innocent, but he would do anything to make her pay for her father’s crime. There was no way Daniel Jumbo won’t have a clue about the virus. He looked at his wristwatch impatiently. Lola screamed in discomfort as the pain began to increase.
“Duke!” She called his name.
“Lola!” Duke yelled. “Please, give up!”
He gazed at the time again. He wanted to call Daniela again, but did not. He didn’t want her to suspect something was wrong. He hoped she was not part of the malicious plot, if not his plan won’t work. Duke decided to leave there. He couldn’t bear to watch Lola in that awful condition. On his way to the lab, he called Yvonne again. Five minutes later, Melvin tapped Jidenna when he saw Daniela with a security guard.
He whispered. “She is here.”
Jidenna composed himself and wore a smile when he approached her. “Hey Miss Daniela. It’s good to see you again.”
“It’s good to see you too. Where is Duke?”
“He should be in his office.”
“Dr. Duke is coming.” Melvin stated.
Duke sauntered to where Daniela and Jidenna stood. Daniela wore a bright smile, but Duke wasn’t. As he got near her, she had a puzzled look on her face.
“Duke, is there a problem?” She asked. “You don’t look happy.”
“No, I don’t.”
Duke quickly turned her by standing behind her. He held her tightly with his left hand. In speed, he dipped his hand inside the pocket of his lab coat and brought out an injection.
“Duke, what are you doing?” Jidenna asked in shock.
Melvin and those around were obviously confused. Duke injected her at the back of her neck and released her.
“Duke what have you done to me?” Daniela asked as she touched her neck in panic. “Why did you inject me?”
Duke’s eyes were red. He was furious. “I just gave you a dose of your father’s evil deeds.”
“I don’t understand!”
“Lola is infected with a virus and Health and Wealth hospital is responsible! I just infected you!”
“What!!”
“If Lola dies, you die and I swear you will die. To avoid such a calamity, call your father right now!”
“I don’t know what you are talking about! My father’s hospital is not responsible. I have to leave now!”
He grabbed her. “You are going nowhere! You don’t have much time. You will begin to see the symptoms if your father doesn’t bring the cure of the infection!!”
Duke collected her bag, took her phone and saw missed calls from Yvonne. He dialed chief Jumbo’s number.
“Hello Daniela.” Daniel Jumbo said.
“This is Dr. Duke. Your daughter is in Bello’s Hospital. She has been infected with the virus your hospital created.”
“What!!”
“You need to come here with the antidote otherwise she dies.”
He ended the call and switched off her phone. Everyone was in awe of what Duke had done. Melvin thought Duke was smart.
Melvin said to Duke. “It could take up to twenty minutes before the antidote would reach here. Lola does not have that time. She would die.”
“I know. I have already called Yvonne to bring it herself. I told her I have infected her boss’s daughter. She is on her way. She is very close to this place.”
Melvin gave a side smile. Indeed, Duke was smart, very smart. In fact, he was the boss. Daniela began to tremble in fear.  Duke sent Melvin to go outside incase Yvonne arrived.
“Is that why you told me not to pick Yvonne’s call?” Daniela asked Duke.
“Yes!” Duke replied.
“You fooled me!!”
“You deserved it.”
Betty ran to meet them in tears. “Dr. Lola is not responding to treatment! She is already vomiting.”
Duke’s heart exploded. That moment he became terrified. Jidenna pointed at the entrance.
“Yvonne is here.”
Duke ran to her and grabbed the bag she was carrying. “Where is the antidote?!”
"It’s inside the bag!”
Duke began to run with it.
“What about me?” Daniela asked.
Yvonne motioned to her.
“I didn’t infect you with the virus!” Duke shouted as he increased his speed.
Yvonne and Daniela looked at each other in shock. Everyone was stunned.
“I can’t believe he deceived me to come with the cure.” Yvonne said with anger.
“I can’t believe you will end up in jail!” Jidenna screamed at her. “You are a murderer!”